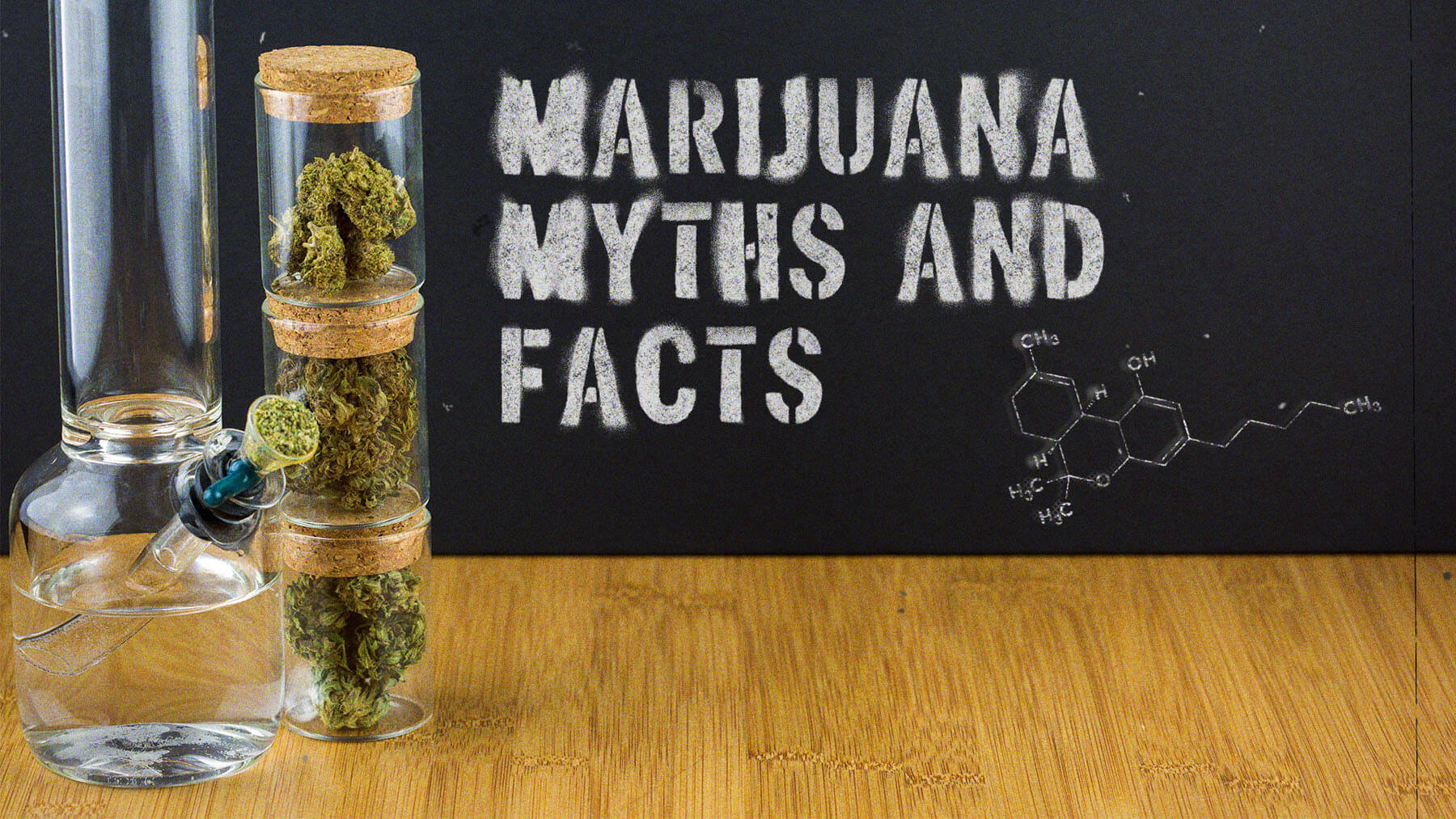 Marijuana is a substance that has been used for centuries. While overall support for the medicinal and recreational benefits has grown substantially over the past few years, there are still others who argue that it should remain illegal. To properly understand the perceptions that surround cannabis, one must first distinguish the facts from the myths, which this blog will explore.

Is marijuana a gateway drug?

Marijuana has been vilified by some as a gateway drug that will lead users down a path of addiction and destruction. However, there is no evidence to support this claim. In fact, marijuana is far less addictive than many other substances, including alcohol and tobacco. Moreover, marijuana is not nearly as harmful as drugs like cocaine or heroin and certainly should not be put into the same category. The vast majority of people who use marijuana do not go on to use more dangerous drugs. So why is marijuana still considered a gateway drug? For decades, marijuana has been demonized by politicians and law enforcement officials, despite the lack of evidence to support their claims. Thankfully we are finally starting to pull away from the ‘dangerous drug’ myth and starting to treat marijuana like the relatively harmless substance it is.

Are there long term effects of smoking weed?

It's a common myth that smoking weed has no long-term effects. Sure, it might not be as harmful as smoking cigarettes, but that doesn't mean it's harmless. In fact, there is growing evidence to suggest that regular weed use can lead to a number of problems down the road. For example, studies have shown that weed smokers are more likely to experience bronchitis and other respiratory infections. So while it's true that smoking weed is not as bad as smoking cigarettes, it's still not good for you. If you're worried about the long-term effects of smoking weed, it's best to cut down or quit altogether.

Is weed more potent than it used to be?

One common conversation about weed is that it's much more potent than it used to be. This is based on the fact that the THC content of marijuana has increased significantly over the past few decades. While it's true that today's weed is more potent than it was in the past, this doesn't mean that it's more dangerous. The increased potency of weed has actually made it safer to use, because people are able to consume less of the drug to achieve the desired effect. So while today's weed is more potent than ever, there's no need to be afraid of it.

Can marijuana help with chronic pain, nausea, and other symptoms?

For centuries, people have used marijuana for its medicinal properties. The active ingredient in marijuana, THC, as well as CBD have been shown to be effective in treating chronic pain, nausea, and other symptoms. In fact, many people who use marijuana for medicinal purposes find that it is more effective than traditional medications. However, there is still a lot of stigma surrounding marijuana use. Due to a combination of negative stigma, government regulations, and limited research, the full effects of the medicinal value of cannabis has not been reached. For people who are suffering from chronic pain or other debilitating conditions, marijuana can be a life-changing medication.

Are there many different types of marijuana?

There are many different strains of marijuana, each with its own unique effects. Some strains are more potent than others, and some are better suited for specific conditions. For example, some strains can help to relieve pain while others may help to improve focus and concentration. With so many different strains available, it's important to do your research to find the best one for your needs. Whether you're looking for a new way to relax or you're trying to manage a chronic condition, there's a marijuana strain out there that can help.

Indica, sativa, and hybrid are the three main types. They can look and smell different and they can have different effects on your body. Indica strains tend to be short and bushy with broad leaves. They're great for relaxation and sleep. Sativa strains are tall with narrow leaves. They're good for energy, creativity, and focus. Hybrid strains are a mix of indica and sativa. They can have characteristics of both depending on how they're bred.

Depending on the region it's grown in and the way it's cultivated, marijuana can vary quite a bit in terms of appearance, taste, and potency. For example, Kush is a type of marijuana that originates from the Hindu Kush mountains in Afghanistan. It's known for its strong, earthy flavor and high THC content. By contrast, Durban Poison is a South African strain of marijuana that is often used for its energizing effects. It has a sweet, citrusy flavor and relatively low THC levels. With so many different types of marijuana out there, it's no wonder that more and more people are curious about trying it!

Marijuana is a versatile plant with many different uses, both recreationally and medically. It's important to know what you're using it for before you choose a strain. Talk to your local dispensary about what would work best for you.

Is it possible to overdose on marijuana?

For anyone who still believes that marijuana is a dangerous drug, it may come as a surprise to learn that it is impossible to overdose on the substance. That's right: no matter how much cannabis you consume, your body will not suffer any fateful effects. In fact, the only way you can possibly overdose on marijuana is if you combine it with another drug, such as alcohol. While it is unlikely that anyone would die from a marijuana overdose, it is still possible to experience serious health problems from using too much of the drug. For example, someone who smokes too much marijuana may experience anxiety, paranoia, and even panic attacks. In addition, smoking large amounts of marijuana can also lead to lung damage and other respiratory problems. So while an overdose is not to be concerned about, it is still important to use it safely and in moderation.

Debunking the myths and sorting through the vast amounts of false information about cannabis and its use is important so that you are able to make healthy, informed decisions and decide if adding it to your routine is beneficial or not.